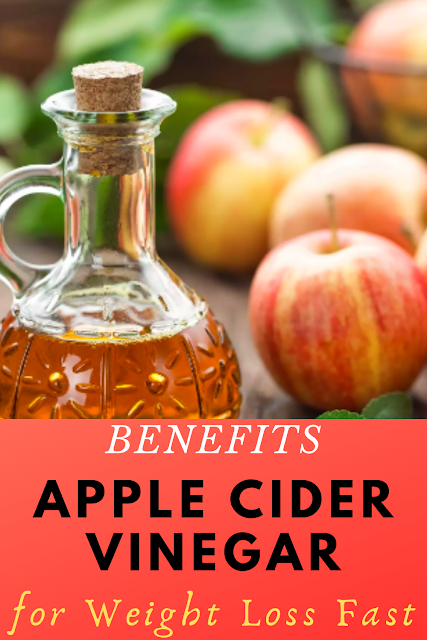 Dieters are jubilating with testimonies; they say they have found the new secret of losing weight fast without stress. Countless success stories are flooding the internet about how apple cider vinegar is working wonders and supercharging weight loss plans. People are dropping dress sizes and experiencing increased energy at the same time! And the question on your mind is what is going on?

What Exactly Is Apple Cider Vinegar?


Apple cider vinegar is – you guessed it – fermented apple juice. Fresh apples are crushed and the juice is squeezed into barrels. Some yeast is added to convert the sugar in the apples to alcohol and then some bacteria is added so the alcohol can be turned into acetic acid. Now there is the magic word – Acetic acid.

The whole process takes about one month to into the golden liquid we know as apple cider vinegar. It contains almost 6% acetic acid and mostly water. After fermentation, raw apple cider vinegar contains a cloudy substance known as “The Mother” which contains healthy bacteria and acetic acid (major key) although most manufacturers filter out the mother to get a clearer supplement.

What Can Apple Cider Vinegar Do For You, You Ask?


Both research and success stories from people around the world have shown that apple cider vinegar is greatly beneficial to our body in many ways and that they help us lose a ton of weight without serious diets or exercise. Vinegar, in general, has been popular for its healing properties. They help improve the conditions of patients with high cholesterol, low blood sugars, and they fight infections in the body.

Apple cider vinegar can be used to soothe a sore throat, remedy skin conditions, and slow aging. If you want, you can use it to rinse your hair as a lot of people have testified that it shines the hair, remove excess products and treats dandruff. Other common beneficial uses on the body include treating acne, tooth cleaning/whitening, and it helps lower the risk of cancer.

Its benefits extend to household items as well. People often use apple cider vinegar or other vinegar to preserve food, to make all-purpose cleaners, as a deodorant for smelly spaces, and to trap fruit flies. In the kitchen, you can use vinegar to add some flavor to your sauce, increase cake texture, and interestingly to boil better eggs. This vinegar must have been around for a while right?

How Long Have Apple Cider Vinegar Been Around?


Vinegar has been around for over 5000 years and apple cider vinegar have also been used for light medicinal treatments and in the household for thousands of years. Ancient philosopher Hippocrates who was then called the Greek god of medicine is said to have administered apple cider vinegar in treating bites, infections, bleeding and burns.

How Does Apple Cider Vinegar Help You Lose Weight? (The Million Dollar Question)

• ACV Burns Fat
Throughout this post, we have mentioned the tremendous effect that apple cider vinegar can play in our weight loss journey. Scientist put this to the test by administering vinegar to 144 obese Japanese adults over a 12-week period. They were split into groups; one group took 1 tablespoon of vinegar with their meals, another group took 2 tablespoons of vinegar and a placebo drink with their meals every day, both groups were asked to refrain from alcohol for the period of the test and stick to their usual diet.

Another proof of ACV’s fat-burning abilities was found in an experiment carried out on mice. The mice were fed with a high aft and high-calorie diet but two out of the three groups were fed with different quantities of vinegar. After 6 weeks, the mice that took the highest quantity weighed 10% less than the mice that didn’t take any vinegar. They also gained 2% less weight than the group that took lesser vinegar than them.

Ok, let’s pump the brakes here to remind you that taking apple cider vinegar is not a license to eat whatever you want. Eating a healthy and balanced meal every day is still important although ACV can help you burn off any extra fat.

Hormonal changes, health issues, genetics, age and change in medication are some of the many reasons why we have some extra fat around our bodies especially our bellies. Sometimes it is as a result of not being able to resist what we know is not so good for us. Whatever the reason may be, it might prove difficult to get rid of the fat even with our diet plan alone. This is where apple cider vinegar comes in. As a supplement, it adds to your weight loss efforts, helping us bring our dream body to reality, faster.

• ACV Reduce Food Craving
Yeah, weren’t we just talking about that? About how food or some foods can be so attractive that in some moments we would choose them over Brad Pitt, am I right? Well, there’s a science to that and apple cider vinegar can play a major role here as well.

One study suggested that acetic acid which is found in apple cider vinegar can help you lose weight by suppressing centers of your brain that want to eat everything within view. This reduced food intake – especially if your intake was excessive – will, in turn, reduce the number of calories and fats that you buildup.

Apple cider vinegar also balances our body’s blood sugar levels, reducing our food craving noticeably. ACV helps you feel fuller right after you eat, which means you are less likely to overeat or take those inviting snacks you hate, but love, but hate. It regulates your insulin sensitivity, reducing the conversion of glycogen to triglycerides which are stored in your fats cells.

In a small study involving 11 people, participants took vinegar with food that was high in carbs had a 55% lower blood sugar response an hour after eating. As if that wasn’t enough, they also ate about 200-275 fewer calories for the day. Another set of participants in a different study on the benefits of the acetic acid in ACVs further convinced scientist that ACV acts as an appetite suppressant. The group that took the most acetic acid with the bread they were given felt the fullest even though they all had equal portions.

Apple cider vinegar does all these to help you lose weight by lowering your blood sugar and insulin levels. It also significantly reduces the rate at which food leaves our stomach, making you feel fuller and less inclined to eat more. If excessive eating it the vice that has slowed or worsened your weight loss journey, apple cider vinegar is the right supplement to help you rekindle that fire and finally shed that weight.

• ACV Removes Candida Overgrowth
In the right amount, Candida (also called yeast) is great for your body. Candida is a fungus that helps your body digest and absorbs more beneficial nutrients. However, excessive amounts of candida in your system can affect your adrenal gland and release toxins. Your body immediately responds to this by storing more dietary fats. After a while, your body gets accustomed to just storing up fat all the time without using it as fuel. This eventually leads to unwarranted weight gain in your body.

Candida overgrowth is often the cause of sweet tooth, pasta addiction or white bread. If you notice any of these symptoms, there’s a good chance that excessive yeast within your system could be the cause. Within your body, excessive candida can affect your digestive system by breaking down the walls of the intestinal lining and releasing toxins into your bloodstream.

Apple cider vinegar reverses these adverse effects with acetic acid and malic acid. These acids improve the balance within your intestinal ecosystem with their antifungal and antibacterial properties, controlling the spread of candida fungus in your intestine.

If you find that you can’t stop yourself when it comes to sweet things, apple cider vinegar can help you treat the possible cause of your excessive cravings for pasta and sugar. Let ACV help you say no more easily to cupcakes, cookies and candy bars so your body can be what you want it to be.

• ACV Reduce Fat Storage
Research was conducted in which diabetic and obese rats were treated with acetic acid (the major acid in ACV). Scientists discovered that the rats that were treated with acetic acid exhibited an increase in the number of genes that reduced fat storage in their liver, belly, and body as a whole. This means that they were more protected from excessive weight gain from fat accumulation.

• It Boosts Metabolism
Now, this guide would not be complete without mentioning that apple cider vinegar can significantly boost your body’s metabolism. A number of rats were used to study this claim and the researchers found that when rats are exposed to the acetic acid in ACV, there was an increase in the production of the enzyme AMPK.

You’re probably already asking what AMPK is and why you should “AMPKare”. AMPK helps you lose weight by helping your body burn stored fat and reducing sugar production in your liver. These processes are the most natural ways to increase your body’s metabolism and burn off some fat while feeling energetic throughout the day.

• ACV Improves Digestion
A tablespoon or two of apple cider vinegar mixed with water can resolve stomach troubles within 15minutes, especially when taken before a meal giving you a better figure. It does this by boosting the production of hydrochloric acid (HCl) within the stomach. HCl improves digestion by converting proteins into amino acids. It also improves the digestion and absorption of carbs, vitamins A and E, and fats.

All these processes ensure your body operates properly and your body can begin to shed weight faster naturally. Apple cider vinegar also relieves stomach and intestinal problems including constipation and heartburn.

How to Add Acv to Your Diet?


The easiest and most popular way to add apple cider vinegar to your diet is by mixing it with water and drinking it. 1- 2 tablespoons per day taken on an empty stomach should do the trick.

We suggest you use the unfiltered apple cider vinegar that still contains “the mother”. Most manufacturers filter “the mother” despite is beneficial composition. This is as organic as it gets.

You can also add the unpasteurized apple cider vinegar to olive oil and use it as a salad dressing. Most people like it for how it takes when combined with greens, tomatoes, and cucumber.

If you’re just starting out, we recommend taking 1 tablespoon of unpasteurized apple cider vinegar per day, spread over 3 doses and mixed with a glass of water.

Consume ACV safely:
Excessive consumption can lead to nausea and undiluted ACV can burn your mouth and esophagus. ACV can cause or worsen low potassium levels for people taking medications that lower potassium. If you have diabetes, it can alter your body’s insulin levels so take ACV with caution. If you can, consult your doctor before making any changes to your diet.

Conclusion:
Apple cider vinegar has numerous significant health benefits and can assist you to shed more weight. Combined with proper exercise and a good diet, you should see satisfactory results in no time. Other types of vinegar can also benefit our body, although if they contain lesser acidic acid, they might not be as effective.