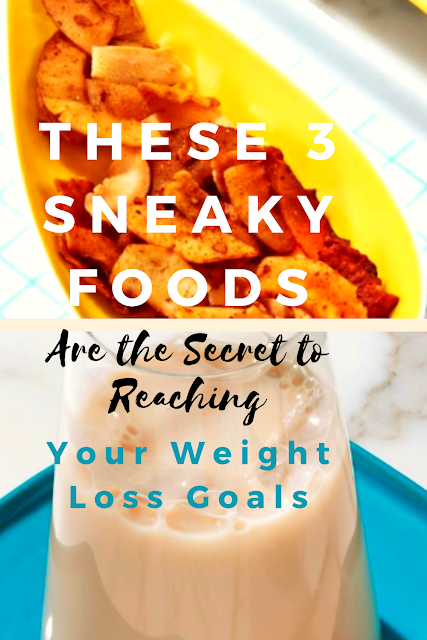 I'm always looking for healthy foods that give me a lot of bang for my nutritional buck. Here are three fantastic finds I think you should try immediately. They sound a little unexpected, but I promise you, they're yummy, and will save you tons of calories.

1. UNSWEETENED CASHEW MILK
Made from cashew nuts, this is creamier than soy milk or almond milk and has a fraction of the calories of dairy milk: roughly 30 calories per cup versus about 85 in skim. The flavor is mild, so it works really well in coffee or oatmeal. (Also amazing is this 160-calorie shake: In a blender, combine 3/4 cup cashew milk, 1 cup peeled and chopped apple, 1/4 cup fat-free Greek yogurt, 2 packets natural no-calorie sweetener, 1/4 tsp vanilla extract and 1 cup crushed ice. Yum!) Silk and So Delicious both make it, and I love Blue Diamond's Almond Breeze in Unsweetened Vanilla Almond Cashew, which is almond and cashew milk. Heads up: The sweetened versions have more calories.

2. POWDERED PEANUT BUTTER
I've been crazy about this stuff for a while, but it's been a little hard to find. Well, powdered peanut butter—just add a little water to turn it into a spread— has finally gone mainstream, with a version by Jif on shelves now. Made from defatted peanuts, this all-natural powder has less than half the calories and a small fraction of the fat of regular PB: A two-tablespoon serving has only about 45 calories and 1.5 grams of fat. Add some to baked goods that need a flavor boost, or make an Asian-style sauce with it by combining 11/2 Tbsp powdered peanut butter, 1/4 cup unsweetened almond milk, 1 tsp honey, 1/2 tsp lime juice, and 1/4 tsp crushed garlic. It's so good on chicken and veggies.

3. COCONUT BACON
I know this one sounds goofy, but it tastes amazing and it's completely meat-free. It's made of crunchy bits of coconut that have been expertly seasoned to taste just like bacon: salty, mouthwatering, and all-around incredible. A two-tablespoon serving of Phoney Baloney's version has 25 calories and about 2 grams of fat—much less than traditional pork bacon. It's sold in select natural-food stores and online. Top off a salad, try it on ice cream (delicious!), or mix it right into scrambled eggs.