Home/ Weight Loss/Why Do We Eat When We're Bored?

Why Do We Eat When We're Bored? 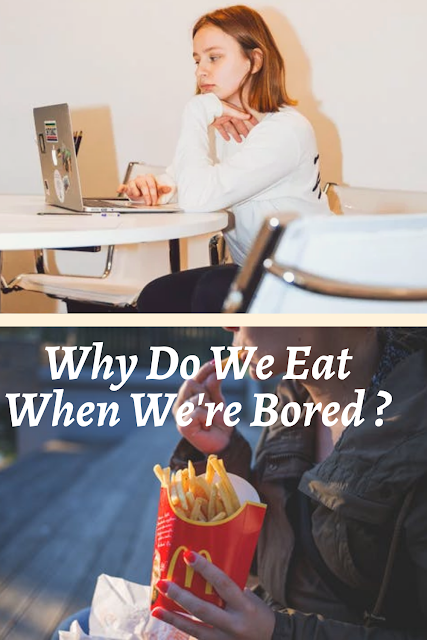 It's well known that people like to eat when they're bored. But why? Is it because eating food is actively pleasurable, or does it simply break the monotony (which studies have shown people can't tolerate for even 15 minutes)? To answer this question, these scientists bored participants by having them watch a loop of the same 85-second clip of a game of indoor tennis for an hour. During this time, some subjects were given M&amp;Ms to munch on, and others received a device they could use to self-administer painful electric shocks. Because both types of stimulation were popular, the scientists conclude that people eat when bored to break the monotony, rather than for the pleasure of food itself. So the next time you are feeling bored, remember this study! Maybe it will help you reach for something stimulating other than the cookie jar, even if it's painful (taxes, anyone?).

Eating and inflicting pain out of boredom.

"In the present study it was investigated whether boredom promotes eating and if so, whether this effect likely reflects an increased drive for rewarding stimulation (positive reinforcement) or more plainly the drive to escape boredom (negative reinforcement). In the latter case, the valence of the stimulation should not matter and people might even be willing to look for negative stimulation, for instance to hurt oneself, just to escape boredom. In two parallel experiments, it was tested whether induced boredom promotes the consumption of chocolate (Experiment 1) and whether participants likewise are more inclined to self-administer electrocutaneous stimuli (Experiment 2). In both experiments, a total of 30 participants attended two separate sessions watching a documentary for 1?h (neutral condition) and a monotonous repetition of a single clip from the same documentary for 1?h (boring condition), in balanced order. During Experiment 1, participants had free access to M&amp;Ms and during Experiment 2 participants could freely self-administer brief electrical shocks. It was found that participants ate more M&amp;Ms when bored but also that they more readily self-administered electrical shocks when bored. It is concluded that eating when bored is not driven by an increased desire for satisfying incentive stimulation, but mainly by the drive to escape monotony."

Now, if you just cannot seem to avoid the fridge and absolutely MUST snack on something, make sure, at the very least, it’s something healthy. Have some quick, satisfying and healthy snacks on hand to tide you over until the craving passes.

Here are some healthy ideas for snacks:

1. A satisfying warm yet healthy cup of hot chocolate for the chilly weather or a cool, refreshing drink for warmer days like a cinnamon apple smoothie. Sometimes, a tasty herbal tea, served either hot or cold (like our pomegranate orange spice tea), can dull an appetite and act as a soothing break in your routine. Even a simple glass of refreshing water can change your perspective. And really, being bored is simply a matter of perspective, right?

2. Small pre-cut veggies – ones you actually enjoy. Baby carrots, cucumbers and celery are always a great options.
3. A small bowl of healthy, homemade granola or breakfast cereal if you need something sweeter with crunch.

But if you can manage to avoid food all together, here are some ways to get your mind off the refrigerator and on to something that will actually help break the boredom.

Take steps to create change in your life that your psyche will appreciate and respond to. Alleviate the urge to eat when you are not really hungry by doing other things (make a list to stick on the fridge if you need to!). These small changes will go a long way toward avoiding using food for something other than nutrition. Get in the habit of feeding your body, not your emotions.
Facebook Twitter